Paul Nathanson At The University Of Ottawa

The Student Revolutionary Movement (RSM) sent members to the  University of Ottawa to disrupt Dr. Paul Nathanson's talk on why he chose to research men. The protesters arrived around 6:30 PM and blocked the one entrance/exit door making it difficult for people to come and go. Security arrived quickly and escorted the protesters from the building. The police also arrived, bringing the number of officers and security guards to about 8 or 10.

None of the protesters were interested in listening to the lecture, but they donned face masks on the pretense that they would be at risk from attendees. A viewer would have to be brain dead to be fooled by this juvenile tactic, a manipulative trick in the vein of  "if I cry, people will believe he hit me." The RSM have done this in the past, and they followed up with fantastical lies about the event to disguise the

I will be filming a lecture by Paul Nathanson tonight, February 10, at the University of Ottawa, and the Revolutionary Student Movement (RSM, a Marxist group that advocates bringing about communism by force) intends to block and/or shutdown this event. In the past RSM members have covered their faces to hide their identities during protests. 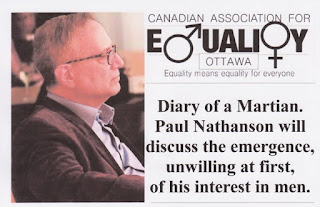 Recently I received a threat from Chris Brown, who I believe is a member of the RSM. Here are some photos of Chris Brown and a copy of the exchange containing his threats: