I had not thought about this before but Hitler could not have gotten very far without supplies from the rest of the world, and top American Companies made a fortune selling to Germany during WWII. This book has the details and points out that American executives were never charged with war crimes because they have influence in the White House. 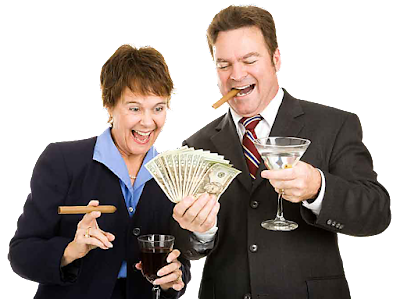 Wall Street tycoons also made a fortune running the global financial system like a giant pyramid scheme. They brought the world to its knees in 2008, and destroyed the lives of millions of ordinary people in the process. Caught red-handed they were far from contrite - they practically bragged about it - and were rewarded with even more money in the form of a government bailout. They immediately gave themselves bonuses and thumbed their noses at the "little people." Once again none of them were charged with any sort of crime because they control the White House.
READ MORE »
Posted by Steve Brule at 11:25 AM No comments:

Lt. Derek de Jong suffered prolonged abuse which included a female colleague actually urinating in his cabin. He reported the behavior to his superiors, who did absolutely nothing. His request for medical leave due to stress and health problems was also denied (he was later diagnosed with a heart condition and excessive stress response). He gave a letter to his commanding officer, left the ship in Florida, and turned himself in to Military Police in Halifax where he faced Court Martial for desertion.

None of his abusers have been investigated, disciplined, or charged. Not even the female who pissed on him. What can you say about this disgusting double standard. Why do men still enlist in the military? The one and only principled officer on this ship was