UPDATE October 3, 2016:  The fundraiser to cover the premiere of The Red Pill is now over and I will only be covering the Los Angeles event, which is the larger of the two events. I had to make a decision or risk being too late to make arrangements for either premiere so I have booked travel arrangements to Los Angeles. Any funds received from today will be used to produce other projects on Studio Brulé. Please stay tuned, a lot of exciting plans are in the works.

A huge thank-you for all of your support and encouragement!!!

The Red Pill, a documentary by filmmaker Cassie Jaye, will open in both New York and LA in October and

Karen Straughan, aka GirlWritesWhat, delivered the Keynote lecture at the National Conference On Men's Issues at Ottawa City Hall on Saturday September 17, 2016 hosted by The Ottawa chapter of the Canadian Association For Equality (CAFE).
Karen explains the power of neoteny and it's role in feminism, gynocentrism, and our culture indifference to the suffering of men and boys. Karen's original ideas and clearly articulated arguments are so compelling that this lecture is destined to be a classic. The Q&A session is available here. I did not have access to the slides until after publishing the lecture, but Karen has generously provided them for your enjoyment: 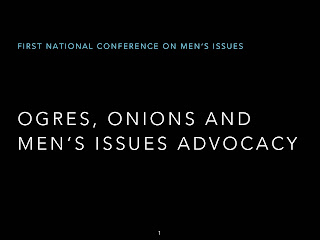 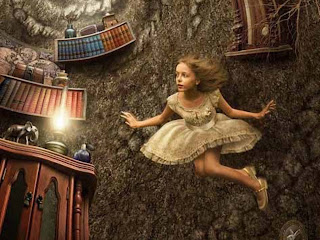 The Ottawa chapter of the Canadian Association For Equality is hosting the first national conference on Men's Issues in Ottawa, Canada. Speakers include Karen Straughan, Janice Fiamengo, Victor Malby, Kvin Arriola, and more.

In Episode 43 of The Fiamengo File, professor Fiamengo analyzes the Mandi Gray Rape Case in which graduate student Mandi Gray invited Mustafa Ururyar for drinks followed by "hot sex" and later charged him with rape.
Ururyar was convicted in this controversial case in which he claims that Gray charged him with rape because she was angry that he wanted to terminate the relationship.

The case was largely a conflicting he-said, she-said account of the event and Judge Marvin Zuker appeared to be biased against the defendant, as explained by Barabar Kay.

Interviews From The International Conference On Men's Issues - Paul Apreda

As many of you know, I attended the International Conference On Men's Issues in London, UK, in July (ICMI16) funded through the generosity of my supporters, and viewers on YouTube. My mandate was to document the essence of the event outside of lecture hall, capture any potential protests (there were none), and interview as many of the speakers as I could. The lectures themselves were recorded exclusively by Mike Buchanan from Justice 4 Men & Boys and A Voice for Men, who co-sponsored the event.

I have uploaded 16 interviews so far, one every Monday, and today's interview features Paul Apreda, the National Manager of the charity FNF Both Parents Matter Cymru which provides practical and emotional support to parents with child contact problems in Wales and undertakes research on men's issues.


The fundraiser included a reward in which a contributor could ask a question of one of the speakers. These questions were all addressed in my interview of Karen Straughan, aka GirlWritesWhat.

Stay tuned for a special summary video of the conference which will include behind the scenes footage and an inside look at the after-hours social scene!

I have also created a playlist of the interviews on Studio Brulé here.

This poem was written and read by Canadian firefighter Lea MacDonald, who was fighting a fire north of Kingston Ontario on September 11, 2001. The ceiling collapsed and Lea was pulled from the burning building by his fellow firefighters. Lea was moved by his experience and, after learning about the World Trade Center attack in which 343 firefighters lost their lives, wrote this poem in honor of the New York 343.

Lea began treatment for throat cancer on Tuesday September 6, 2016, and wanted to record this poem prior to treatment since there is a risk that he will be unable to speak properly afterwards. This was recorded on August 9, 2016.