Today, on IMD, I learned that Professor Thomas Oaster, University of Missouri, was bullied and harassed by students and administrators when he tried to celebrate IMD in the early 1990's. His career was in ruin by the vicious attacks of the University community until he sued and won compensation for the wrongs he suffered.

International Men`s Day is a little known and largely ignored day, but it didn't escape the attention of Susie Boniface at "The Mirror", who decided to celebrate this day by writing a sarcastic, hate-filled article to ridicule men. A piece laced with self-aggrandization, and bitterness, belittling men and men's suffering at every opportunity.

I feel so appreciated now, don't you?

Mz. Boniface claims that Men dominate 364 days of the year. That`s puzzling to me. Why is it that every day I hear or read that "more needs to be done for women," that "Because I am a girl" is really important, and "Girls are the answer."

In fact, since I am self-employed I watch the CBC news during lunch, often at different times throughout the day. Most days I wonder if there are ANY males at all working for CBC. The daytime anchors are ALL female, the vast majority of the on-screen reporters are also female, including sports, business, weather personalities. More often than not, a CBC news segment amounts to a female anchor talking to a female reporter, who found a female interviewee to comment on a "big bad male" politician. Some weeks go by without seeing a single male news person on daytime CBC news. Here's the all-female daytime line up for "CBC News Now":


I guess it must be true, you just can't find a good man these days.

I remember in 1984 when the VP of Dow Chemical Research informed everyone that they would be preferentially hiring and promoting women as part of "affirmative action," otherwise known as "anything but a white man." This near-ban on hiring males continues to this day, and CBC seems to have taken it to extremes.

What happens on other "men's" days, let`s say, on Father's day?

The typical media article reads like an admonition of all men as deadbeats. Huffington Post, for example, ran an article titled "Fathers Who Abandon Their Kids". Apparently that wasn't enough for HuffPo so they ran another "Father's Day" article instructing men that they need to "Man Up," including a convenient petition to President Obama to get tougher on men. It's so nice to be appreciated on "Father's Day." Thank-you HuffPo!

Next up from Huffington Post: "Men should do the right thing and check themselves into prison," so that they can't commit a crime in the future ... you can't be too careful!

And lest we forget, Remembrance Day is to remember the fallen soldiers who died so that we may enjoy freedom. This past Remembrance Day I learned about White Poppies, a movement started by the Cooperative Women's Guild, ostensibly to promote peace. However choosing November 11 was certainly a political move designed to detract from Remembrance Day.

Those White Poppies were made most popular by the Peace Pledge Union, who famously urged politicians to appease Hitler and argued that "Germany should be permitted to 'absorb' France, Poland, the Low Countries and the Balkans." Wow! Those are the people who want to muscle the Veterans out of Remembrance Day!

One day of remembrance is too much for HuffPo feminist-blogger Anne Theriault as well, so she felt compelled to declare that she wouldn't wear a red poppy. With all this love, surely men are overjoyed with their privileged place in society.

I also learned about the Silver Cross Mother, who represents all mothers who lose a child in war. The crowd at the Ottawa Remembrance Day ceremony was totally silent as high ranking soldiers and dignitaries arrived, but the silver cross mother was greeted with applause. Men die, women are praised. Oh, by the way, did her son have a father? If so, his loss was not acknowledged. Must be one of those "male privilege" things.

Another Remembrance Day story ran about a woman who wants the right to wear her dead husband's medals to the Ceremonies. In fact, she defiantly insisted that she was going to wear them no matter what, and no man in this country would dare stop her. But imagine the outrage if a man declared that he was going to wear military decorations that he did not earn! No matter the circumstance, that man would be universally reviled, and jailed ... just another example of "male privilege."

You probably didn't notice that ignorant, small-minded article by Mz. Boniface because International Men's Day is just another day in which the media will lecture men on their inherent evil that requires constant restraint, and improvement under the good and moral guidance of feminists, most of whom see little or nothing of value in men, and often argue that men should be castrated or euthanized.

Mz. Boniface`s message is clear: International Men's Day should be all about women, much like Father`s Day, Remembrance Day, and Valentine`s Day. Otherwise men might get uppity and start to think they have the right to discuss their own issues in their own voices .... without feminist supervision! God forbid ... errr ... Goddess forbid !

On a positive note, I started my International Men`s Day at 6 AM on a really fun photo shoot of a varsity swim team. Athletes are awesome! 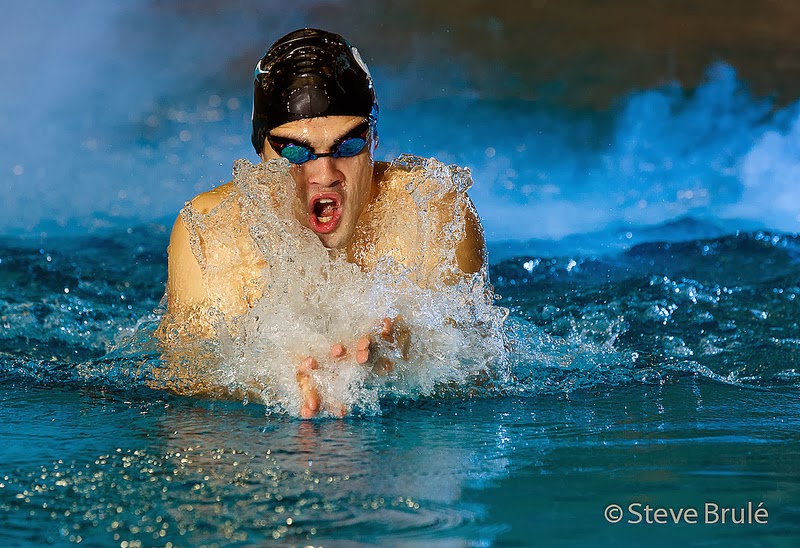