I put off writing about Tim Hunt's firing for a couple of days, perhaps partly because it hits too close to home, partly because I've been waiting for some follow up: to learn that the Nobel Laureate would get his job back with a full apology from University College London ... something.

The story is disturbing on many levels: that a great scientist could be forced to retire for such a trivial reason, that he essentially accepts the reason and has issued a groveling mea culpa, that his wife essentially accepts the reason and has had to fall back on feminist bromides as a form of defense ("He does all the cooking ..."). They are a pathetic couple not least because of the injustice that has been done them but also for their seeming inability to think for themselves about what has happened. Get angry, for goodness sake.


The article about Hunt's firing in The Guardian itself is offensive, calling the professor's faux pas, if it even was that, "one of the worst acts of academic self-harm in history." Does the writer of this article live in a cave? This journalist has obviously never paged through David Horowitz's catalogue of outrageously offensive remarks by pro-terrorist academics calling for the destruction of Israel, the bringing-low of the United States, the murder of police officers, and so on--none of it causing any academic uproar. Yet Tim Hunt, almost undoubtedly a Labour Party supporter and pro-feminist, gets the sack for making the mildest of mild jokes.

What's more, the 'joke' is true. Young women do fall in love with their male professors; male professors do fall in love with young women in their labs; and young women do cry when they are criticized. Who could argue with these universal realities? For this a brilliant scientist deserves to be retired in disgrace? It beggars belief. This is what academics have become, a humorless, witch-hunting cadre of censorious cowards. You'd better fire me too.﻿ 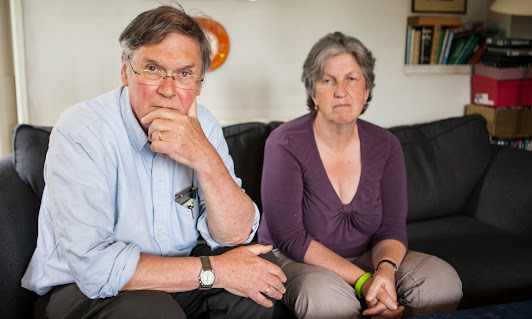 Tim Hunt: ‘I’ve been hung out to dry. They haven’t even bothered to ask for my side of affairs’


The Guardian
Posted by Janice Fiamengo at 8:11 PM