Forum on Bill C-16 and the Ontario Human Rights Code 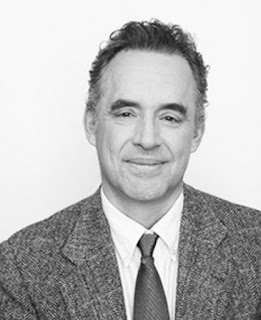 Professor Jordan B. Peterson has been attacked on campus at the University of Toronto (U of T) for his refusal to use new non-binary gender pronouns. The university had initially approved a public debate about freedom of speech, but prohibited Peterson from repeating his assertion on pronouns, thereby proving Peterson's claim that Bill C-16 is anti-free-speech. The university went one step further and instructed Peterson that he would not be allowed to teach in January if he maintained his provocative public stance.

The debate has been scrapped and, in an interesting twist, replaced with a forum to be held on Saturday November 19 at 9:30 AM. The composition of the forum is worth examining: three feminist women, two panelists and the moderator, and one man who clearly stands for Freedom of Speech.

Really U of T? This is how you want to
represent yourself to the world, by stacking the deck in a university that has already declared it's opposition to Peterson, and threatened his job? Let's look at the participants.

The moderator is Trinity College Provost Mayo Moran. Her bio on Wikipedia states that "Moran has published extensively in comparative constitutional law, private law, and legal and feminist theory" (emphasis mine). That Mayo is a feminist should come as no surprise since it's practically impossible to advance at a Canadian university unless you are a card-carrying feminist.

Panelist Mary K. Bryson is described on The Social Justice Institute of UBC : "Emerging from scholarly engagements with queer and feminist theory, Mary Bryson’s program of research contributes significantly to scholarship at the interdisciplinary intersections of critical studies of gender, sexuality, health informatics and knowledge technologies" (emphasis mine). The third panelist, Brenda Cossman, is a Professor of Law and the Director of the Bonham Centre for Sexual Diversity Studies at the University of Toronto, and her research interests include "Feminist Analysis of Law."

So there you have it. One panelist, professor Jordan B. Peterson, a Clinical Psychologist, stands for Freedom of Speech in opposition to two feminist panelists, one of whom is a law professor, and a feminist moderator who is also a professor of law.

Despite this imbalance in favor of the biased feminist narrative, U of T CUPE 3902 Queer Caucus calls upon all students to boycott this event. This is how stupid the feminists who dominate university life have become: they oppose even a feminist-dominated discussion of impending legislation, just because the panel includes one dissenting voice. At every turn, feminists seem determined to prove that Peterson is correct: feminists are against freedom of speech.

The choice of a forum focused on law (Bill C-16, and the Ontario Human Rights Code (OHRC)), rather than a debate about Freedom of Speech is revealing. This forum will be a discussion about OHRC law and the proposed expansion of this law, NOT about the moral and ethical issues surrounding Freedom of Speech.

The result of this clever debate-sidestepping "forum" is predictable: the law is legal (of course, that's the definition of the law), and changes to the law are legal, and as so many previous SJW protesters have claimed "Human Rights Are Not Up For Debate." What they really mean, of course, is that no opposition to the codification of feminist ideology into law will be tolerated.

This forum is a show of force by the university and an attempt to embarrass Peterson, who will be corralled into a conversation about the law as it is, and away from the incredibly important philosophical debate on the ethical implications of restricting the citizen's right to freedom of expression.

Freedom of Speech is not protected under Canadian law. Peterson has already made his point that the SJW's and Bill C-16 will be used to shut down freedom of speech, as evidenced by his detractors facile ability to shut him down before the bill even becomes law. Unfortunately it's a bitter win and it's not the end of this story. Canadians will continue to lose freedoms until we rid ourselves of feminist domination. The levers of feminist power are craftily concocted in academia by creating false studies and elaborately rationalized lies, like the wage gap and "rape culture", which are disseminated through society by taxpayer-funded, and feminist-dominated groups, like Status of Women Canada, Women's Legal Education and Action Fund (LEAF), Elizabeth Fry Society, and many many more, who hire and promote the feminist ideologues trained by the University of Toronto, and every one of the Institutions of Higher Indoctrination in Canada.

Canadians need to treat feminism like any other ideological group. Feminism is anti-intellectual, anti-freedom, and anti-equality. It has no place in any institution devoted to higher education specifically because it seeks to repress the truth by enforcing adherence to it's ideological biases, and it has succeeded in corrupting Canadian law to the detriment of all Canadians.
Posted by Steve Brule at 2:52 PM