I'd like to extend a heartfelt thank-you to everyone whose generous donations made it possible for me to fly to Los Angeles and document the Premiere of The Red Pill, which many have already declared a "game-changer" for the Men's Rights Movement. I really could not have done this without you!

I'm going to try to give you a sense of the place, the venue, the people, the whole experience, and it got off to an interesting start as soon as I boarded the plane.

I was seated beside a smart, friendly young fellow from an upper-crust Canadian family in Toronto who was in his final year studying economics at a small private liberal arts college in Vermont. The story starts here because we immediately shared our reasons for travelling to LA and his response to my explanation of The Red Pill was exactly as you might guess:
disbelief at the thought that there might be a need for men's rights.

We spoke for over two hours, touching on suicide, family court, lifespan, the so-called glass ceiling, Trump vs Hillary, the email scandal, and much more. We were speaking at normal conversational volume, so passengers in our immediate vicinity could certainly hear us. A young woman seated on his right looked disgusted and opened a text book titled something like "The Woman Experience," and when neither of us could remember who wrote "The Feminine Mystique" an older man across the aisle on my left, volunteered that it was Betty Friedan.

When we got to the "Pay Gap" I assumed that, as an economics major, he must have heard his professors debunk at least that one. Nope! He claimed that not only was it real, but that it was specifically due to systemic cultural differences in the way we raise women - a verbatim quote from a Women's Studies textbook no doubt. I pointed out that this was debunked and fully explained as due to the effect of women's choices but I'm not Karen Straughan or Warren Farrell, so I could not bring specific study names or authors to mind and he was not persuaded by my argument.

What was clear is that his professors are teaching ideological feminism as fact, and this young man is on his way to do a PhD in economics at Cambridge. In the not-too-distant future he will be a soldier in the army of the elite who write and legislate public policy and law in the first world, which is then exported to every culture that hopes to trade with us.

North Hollywood (NoHo) was friendly to me. On arrival, after 11 PM, I had a couple of beers and some chili at a pub up the street from the Air BnB that I booked (hotels are too expensive here) where people will actually strike up a conversation with an old guy! Not much of a conversation mind you, but this is radically different than my experience in a pub filled with 28 year-olds in Canada, where you might come to think that you're invisible or unwelcome.

The nearest coffee shop was about an 8 minute walk from the AirBnB and I passed several homeless men on the way. I would later see many homeless men in North Hollywood and I was tempted to spend a little time getting footage to document that part of the trip, but I could not think of a way to do it without being exploitative or voyeuristic. Although I am greatly interested in homelessness, it is a complex issue that deserves sensitive treatment, which would take much more time than I had available.

I went to the 1 PM showing of The Red Pill and managed to grab a quick interview with director Cassie Jaye before Theater staff insisted that I dismantle my tripod.
The 7 PM screening was the main event, the red carpet was busy, and the weather was perfect for it. I spoke with several of the film's subjects and captured the response of moviegoers afterwards. I even managed to speak to Milo Yiannopoulos before he sped off with his entourage.
Later I joined a large crowd that gathered for dinner and drinks at Pitfire Pizza across the street from the Laemle theater. 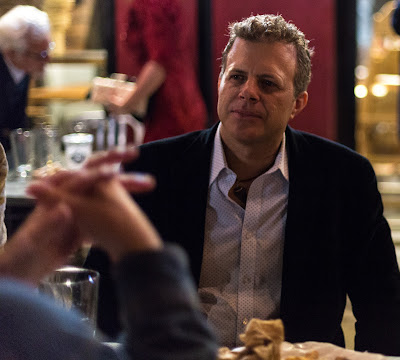 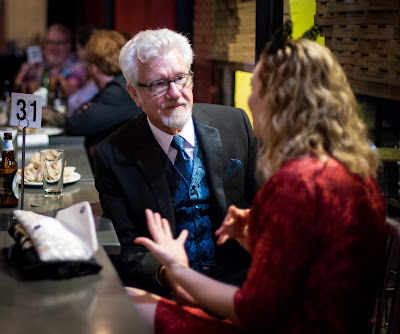 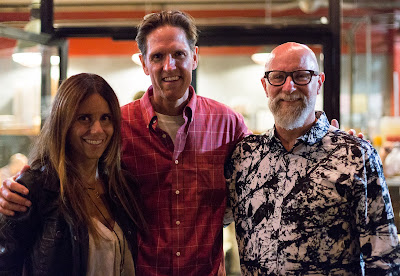 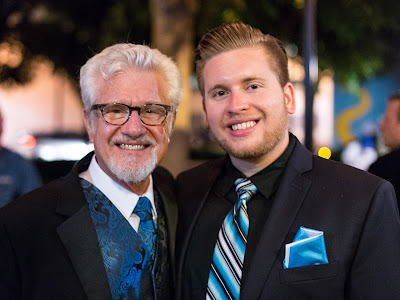 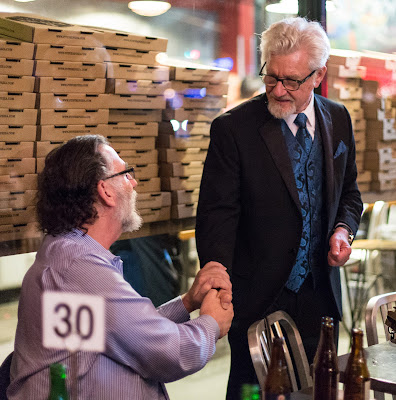 A downside of staying at an AirBnB was that I could not use it as a venue for interviews, which meant that I had no place to permanently set up my gear. This proved to be a big deal. I hunted around for a place to do the interviews but could not find anything suitable in the area, and travelling to other peoples hotels or homes in LA was just not practical. So, with the exception of Cassie Jaye, all of my conversations with the film's subjects had to take place on the street.

Cassie and I were able to sit down for an in depth interview on Saturday, the day after the red carpet premiere, in the privacy of the garden at the AirBnB where she was staying with her family. The interview was delightful and Cassie offered new insights into the ways in which making The Red Pill profoundly changed her world view. I attended the evening screening again that night and captured as much audience response as I could. 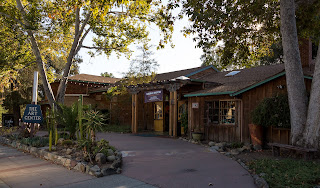 On Sunday I left Los Angeles in the hopes of getting footage that would give a sense of the area. One of Jaye's cameramen had mentioned a nearby place called "Ojai," pronounced O-Hi. That was the only name I could remember in the area so I typed it into the GPS and left town. I expected to end up at a gas station outpost in the hills, but I was pleasantly surprised to find a beautiful vibrant community. It was already 5 PM when I arrived and the fellow at the town's Arts Center told me that there was only one hotel in town, so I went to find it. 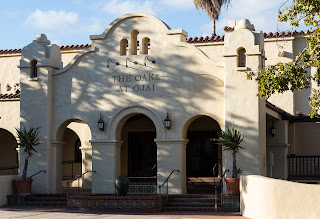 The Oaks was more like a spa attended by wealthy women than a hotel, but they did rent out rooms by the night. The manager showed me around, informing me that although women could roam the premises at will, men had to be accompanied unless they were registered guests. It was a very nice place, but more importantly, it was the only place ... so I booked a room.

The hotel had a spa which included a sauna, whirlpool, and steam room, but it was for women-only until after 6 PM. So, although I paid the same price as other guests, I was not allowed to use the steam bath in the morning before checking out. 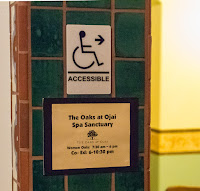 The next day I had a quick walk around town, which really is pretty - even the gas station and Auto-parts store look clean and pretty - and I spotted the Ojai Women's Club. Women-only spaces, services, and events are popping everywhere, almost immediately after feminists succeeded at shutting down virtually everything in our culture that was distinctly for men. Coincidence? Of course not.

I stopped for lunch at a Sushi restaurant. Across the street, Mexican Men gathered at a bench in the shade. I quickly realized that this was a spot where locals came to get day workers - men paid very low wages for a few hours of pick-up work. I witnessed this same phenomenon in New Jersey on a much bigger scale years ago. The men are most likely illegal immigrants, and they are the cheap invisible laborers that keep the town clean and beautiful. There was a Mexican male groundskeeper at The Oaks hotel, as well as others in the neighborhood around the AirBnB in NoHo. Mexican-worker pickup-stops seem to be everywhere in the US.

I left Ojai for my AirBnB near the LAX international airport on Monday, driving down the Pacific Coastal Highway (PCH) instead of the 101 on the suggestion of the woman who owned and ran the Mexican restaurant where I ate the previous night.

The PCH runs along the Pacific and the landscape is dramatically different than anything I've seen before, hence exotic to me. I passed irrigated farm fields tended by all-male Mexican work groups, and hills, mostly barren brown, or orange in places, that look more like sand dunes ready to slide onto the road at any time.

I stopped briefly in Santa Monica to grab some iconic looking footage of California - broad beaches, teenagers surfing after school - and I had hoped to get to muscle beach where I planned to interview locals about the issues touched upon in The Red Pill, but I ran out of time. I had to find my AirBnB room and get packed to fly back to Ottawa, Canada.

I will return to California soon, I hope. There's so much to explore, so many contrasting stories living side by side. Wealthy feminists run women-only clubs and spas while illegal Mexican male workers are used as invisible laborers, men living on the street while billionaires zoom between mansions to relieve their boredom, poverty in the local parks, stark and beautiful landscape, impeccably maintained towns, and crowded rundown neighborhoods. The dramatically different realities of the lives of men vs women, Mexican workers vs Caucasian owners, coexisting side by side creates tension.

There will always be tension in human communities because there will always be some degree of real or perceived inequity. In a healthy society, that tension drives creativity and productivity. But how much tension can a community, a society, or a culture, endure before it breaks? The situation in California seems as stark, as beautiful, as precarious, and as fascinating as its landscape.