Although she is now often recruited by feminist critics to make points about women’s limited life choices, preeminent social satirist Jane Austen wrote to oppose the popular proto-feminist ideas of her time, and her warnings about Romantic self-indulgence remain relevant to our own.
British novelist Jane Austen (1775-1817), reputed to have given the novel its modern form, is sometimes mischaracterized as a writer of quietly rebellious women’s fiction. Beneath the conventional romance formula, Austen is thought to have been angrily aware of female dependency and of her society’s many restrictions on women’s freedom and self-determination. 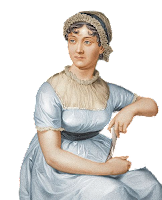 While it is true that Austen’s happy endings quite often seem fragile and tenuously achieved, and while many of her heroines indeed face loneliness and limitation, Austen was emphatically not a proto-feminist promoting female grievance or rebellion.
In particular, Austen deeply distrusted her era’s emphasis on intense feeling as the ground of morality, an emphasis which placed a sympathetic focus on women as more capable than men of experiencing and expressing emotion. While Austen readily acknowledged that feeling was central to family life and social benevolence, she was acutely aware that unregulated feeling was not only dangerous for individuals, destructive of their happiness, but destructive also of social functioning.
In this essay, I will look briefly at two of Austen’s novels to analyze their implicit commentary on the need to control feeling and to distinguish committed love from emotional indulgence. Alas, the analysis will necessarily involve some simplification of Austen’s subtle and endlessly complex works.
Cultural historians agree in recognizing the second half of the eighteenth century and the early nineteenth as an era that emphasized what was then called “sensibility”—the capacity for strong feeling.
Sensibility as understood in its time was a much-debated concept, but was generally recognized as a favorable sign of authenticity and sincerity, a rejection of unnecessary social rules, an assertion of the genuine self.

Sensibility was also closely related to the nascent feminist movement in that it encouraged and justified women’s assertions and complaints of their sufferings under patriarchy and their demand to be heard. Feminist historian J. Barker-Benfield, in his book The Culture of Sensibility: Sex and Society in Eighteenth-Century Britain, stressed the relationship between the emancipation of women and the new valuing of intense feeling, noting that a “central feature of eighteenth-century Britain” was “the aggrandizement of feeling and its investment with moral value” (p. xix). Women, considered naturally more sensitive than men, were also thought to possess a more innate morality. In her treatise A Vindication of the Rights of Woman, Mary Wollstonecraft both warned against women’s association with sensibility—which she believed was demeaning for women—and employed emotionally charged language and scenarios to heighten the impact of her arguments.
It is not an exaggeration to say that the 21st century feminist deployment of “virtue in distress” (the distress almost always that of a woman, and caused by the allegedly threatening or harmful actions of a man) can be traced to the eighteenth century, which placed previously unprecedented emphasis on women’s feelings of vulnerability, especially sexual vulnerability, and their demand for empathy.

In her earliest novel Sense and Sensibility, written in the mid-1790s but not published until 1811, Jane Austen tackled the problem of sensibility head on, linking it not with sincerity or justified rebellion but with a dangerous irresponsibility and selfishness. The quality was embodied in one of her two main characters, Marianne Dashwood, a moody, impulsive young Romantic, not yet seventeen years old, who has been encouraged by her mother and by the sentimental literature of her day to over-value feeling. She has come to “abhor all concealment” (p. 88), and frequently criticizes her slightly older sister Elinor (who symbolizes the “sense” of the novel’s title) for restraining her emotions, believing that Elinor must not feel very much simply because she does not show feeling in the manner Marianne approves.
On one occasion, responding to a question from her sister, Marianne excuses a thoughtless action by saying that if it had been wrong, it would have felt wrong. “If there had been any real impropriety in what I did, I should have been sensible of it at the time, for we always know when we are acting wrong, and with such a conviction I could have had no pleasure” (Sense and Sensibility, p. 102). Here is a credo of the late 18th century Romantic movement: moment by moment feeling as a moral compass, over-ruling other considerations such as politeness or social propriety.
The central subject of Sense and Sensibility is disappointed love. 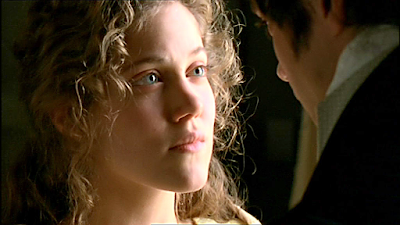 Marianne falls in love with John Willoughby and has her heart broken when he abandons her without explanation. She makes no attempt to control her grief, believing herself fully justified in indulging the sleepless nights, storms of tears, inability to eat, and refusal to see friends or participate in society to which she subjects herself and all those around her.
She heedlessly encourages her own collapse, finally making herself dangerously ill and never once taking any responsibility for her disastrous involvement with Willoughby.
It is important to note here that the novel is quite clear that young Marianne has not had a sexual relationship with Willoughby, her impulsiveness being emotional only. But the sexual concern is always present in the novel as a danger for romantic young women; and not coincidentally it emerges in the course of the narrative that Willoughby has actually seduced and abandoned another young woman (and been disinherited as a result, which necessitates his abandonment of Marianne and his engagement to a wealthy heiress). In the world of the novel, if Marianne had allowed herself to have been seduced—as distinct from being raped—she would have been both deeply pitiable and blameworthy.
There are complex parallels between Marianne and our era’s #MeToo accusers and fainting feminists—those grown women, many in their mid- to late-twenties who, while energetically declaring their rights as sexually liberated women to be unconstrained by social convention, to shout their abortions or embrace their inner slut yet complain tearfully about an ill-judged joke or unwanted romantic overture—or even an after-the-fact fully consensual, but regretted, affair. Austen would have been amazed by our era’s laxity and self-contradictoriness about sexual relations; in her time, respectable men and women, but especially women for obvious reasons, obeyed strict codes of sexual propriety in speech, dress, and conduct, precisely to avoid the sexual chaos and confusion that are now the norm; Austen would immediately have recognized the danger of basing sexual morality around a woman’s oft-uncertain and changeable feelings.
In Austen’s time, an appropriately modest and chaste young woman would have had every right to complain to her father, brothers, or community members about a man’s crude sexual remark or illicit touch. But a woman who repeatedly flouted codes of sexual behavior could not have expected the same protection and compassion. Austen likely would have found it extraordinary how in our day women who scorn rules about female sexual morality are yet willing and able to invoke them against men, often entirely without compassion or a sense of proportion.
In Sense and Sensibility, Marianne’s illness shakes her out of her self-infatuation and makes her resolve to act in future with greater maturity and consideration for others. In our era, unfortunately, there is nothing to prevent the constant escalation of women’s self-indulgence.