Could Men Legally Rape their Wives in the Nineteenth Century?

It is true that a man could not be criminally prosecuted for raping his wife in the 19th century English-speaking world, but it was not true that marital rape was accepted or that its harms were ignored.


One of the most popular and seemingly decisive pieces of feminist evidence of an oppressive patriarchal past is the claim that rape within marriage was legal until the second half of the twentieth century. It must have been the case, so the thinking goes, that wives were viewed as property and husbands given carte blanche to do whatever they liked with them. The real story is far more complicated.

Marital rape didn’t exist legally because man and woman were considered one person in marriage. 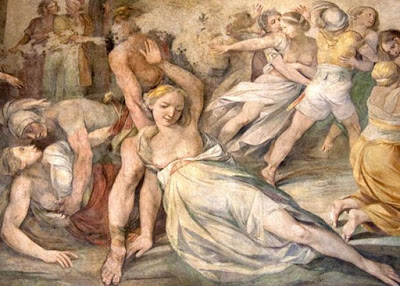 Eighteenth-century British author Sir William Blackstone, who published an influential book on English law in 1765 called Commentaries on the Laws of England had declared that by marriage, the husband and wife are legally one person.

Sir Matthew Hale, author of the History of the Pleas of the Crown (1736) had insisted that a husband could not be criminally convicted of raping his wife for “By their mutual matrimonial consent and contract the wife hath given herself in this kind unto her husband, which she cannot retract” (quoted in Jill Hasday, “Contest and Consent: A Legal History of Marital Rape,” p. 1397).

In marriage, the wife was understood to give consent to sexual relations, a consent she could not legally withdraw for as long as she was living under her husband’s roof. The husband had contractual obligations also: his obligation was to maintain his wife financially, including being responsible for all his wife’s debts even if that landed him in prison.

Feminist critics have emphasized only the burden on the wife, not that of the husband.

The wife’s burden, to offer sexual comfort to her husband and to bear his children, was considered different but equal to the husband’s burden, which was to endow his wife with all his worldly goods even if she left him. As will be explored in future

In refusing to criminalize marital rape, English law made clear its understanding of domestic life as the most private realm, where the state should not interfere unless absolutely necessary. Sexual relations in particular were held to be a sacrosanct matter that husband and wife must work out for themselves. It was well known that abuse could occur within a marriage, but it was thought that over-meddling by the state was a worse abuse.

It is not, however, true that marital rape was therefore considered acceptable or that there were no remedies for it, social or legal. In practice, family members frequently intervened in cases where it became known that a man was abusing his wife. Often fathers or other male relatives stepped in to take a woman away from a bad situation. Legal scholar Constance Backhouse, in her history of women and the law in nineteenth-century Canada, tells of the early 19th century marital troubles of George and Esther Ham, which led Esther’s father to rescue his daughter from the man he condemned as a “damned rascal.” “You have ill-used my daughter,” the father was reported to have said when he arrived at his daughter’s house: “I was able to support her before she married you and I am so yet” (quoted in Backhouse, Petticoats and Prejudice: Women and Law in Nineteenth-Century Canada, pp. 169-170).

Moreover, at least some legal commentators were willing to recognize the legal harm of marital rape, even if it was not called rape. Legal scholar George Burbidge, author of Criminal Law (1890), contended with Hale’s assertion of male impunity. Commenting on Hale’s insistence that a married woman cannot retract her consent, he said “It may be doubted […] whether the consent is not confined to the decent and proper use of marital rights.” He went on to specify that “If a man used violence to his wife under circumstances in which decency, or her own health or safety required or justified her in refusing her consent, I think he might be convicted at least of an indecent assault” (quoted in Backhouse, Petticoats and Prejudice, p. 385). 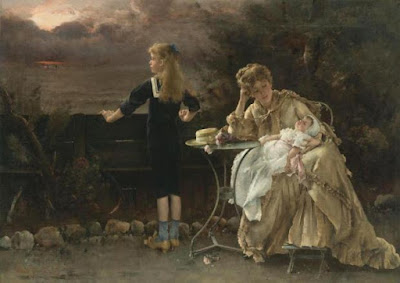 In general society, the moral harm of marital rape was widely acknowledged, not only by feminists, who found many public forums for their denunciations of male brutality and who lobbied for marital rape to be recognized as a crime, but also in non-feminist popular advice books and manuals on marriage, which articulated general 19th century attitudes.

These advice books made clear that a man should never force his wife. According to a lengthy analysis by University of Minnesota Law Professor Jill Elaine Hasday, from whom much of the following information is drawn (see especially Hasday, pp. 1453-54), marriage manuals in 19th century America repeatedly instructed husbands to refrain from sexual intercourse if they did not have their wives' explicit consent or even invitation. Their arguments focused on the potential harms to a woman’s health in becoming pregnant, and also insisted on the woman’s moral right to bodily autonomy.

In his book What a Young Husband Ought to Know (1897), Sylvanus Stall wrote that as a “free moral agent,” a woman was fully able and well within her rights to regulate sexual relations in marriage, and he urged husbands to exercise manly self-restraint in deference to their wives’ sexual authority.

Medical doctor William McLaury advised men to “await the wife’s invitation” to sex (Remarks on the Relation of Menstruation to the Sexual Functions, 1887).

John Cowan in his book The Science of a New Life (1869) argued that it should always be the wife’s right to direct sexual relations, stating categorically that she was owed “the right to her own person—the right to deny all approaches, save and only when she desired maternity.”

Elizabeth Duffey, author of an advice book for women called What Women Should Know (1873) stressed “the extreme cruelty” of any husband who forced maternity onto an unwilling wife.

Many such advice books agreed that “The conjugal embrace should never be indulged in against [the wife’s] wishes. The husband may have the power, but he is a brute if he imposes upon his wife the pain of labor and the perils of maternity against her consent” (quoted by Hasday, p. 1454).

Feminist critics objected that these injunctions were merely appeals to male good nature without the force of law behind them. But it seems evident that a significant portion of both men and women of the time honored such moral guidelines.

Feminist leader Elizabeth Cady Stanton exhorted women at temperance meetings to withhold sex from alcoholic husbands as a means of moral suasion. Her advice was, “Live with him as a friend, watch over and pray for him as a mother would for an erring son, but […] be not his wife.” Stanton clearly thought it within a woman’s

power to prohibit sexuality, and there is no evidence that the women in attendance found her suggestion ridiculous. As legal scholar Jill Hasday admits in her compendious analysis of writings on marital rape, this “supposedly unspeakable subject” about which women had allegedly no power was quite commonly discussed with significant recognition of women’s agency.

There were also legal remedies for marital rape, though they did not go so far as feminists of the time would have liked. As the nineteenth century progressed, American divorce law increasingly recognized sexual cruelty as a ground for a wife’s petition for divorce (see especially Hasday, pp. 1465-1474). Remember that during this period, divorce was available only for cause, the recognized grounds for the wife being a husband’s adultery, desertion, or cruelty. A man found guilty of divorce grounds was both socially shamed and legally obligated to pay for his ex-wife’s maintenance. 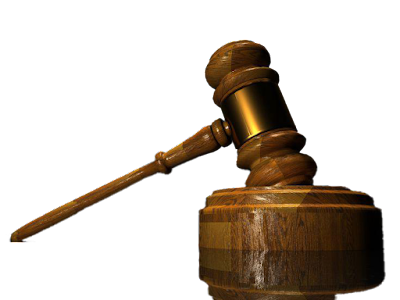 In the first half of the 19th century, American courts were mainly silent on the question of whether marital rape could be made a ground for cruelty. In one case, in 1845, Emmeline Shaw sued for divorce with the claim that her husband had forced her sexually even after she had told him that her health could not bear it. The Supreme Court sympathized with Mrs. Shaw but did not grant the divorce, expressing itself unwilling to interfere without clearer grounds for the cruelty allegation. “In a case of so delicate a nature,” the Supreme Court decision ran, “the court ought not to interfere but for the most substantial reason.”

In a few years, however, the Shaw decision came under criticism by legal scholars, with Joel Bishop, the author of a leading family law treatise (Commentaries on the Law of Marriage and Divorce, 1873), alleging that Daniel Shaw had behaved improperly toward his wife, and asking “how a wife could ever protect herself from the devouring consequences of ungoverned lust, warring against her under the cover of marital right.” His first published criticism of the Shaw decision was in 1852, and by 1873, he was convinced that “the majority of American judges would differ from the conclusion” arrived at by the Supreme Court in the Shaw case.

In the last quarter of the 19th century, divorce began to be liberalized generally, and the claim of cruelty was recognized by an increasing number of courts in cases. The language used by judges in delivering their rulings was explicitly condemnatory of the husbands’ “brutal gratification of their lustful passions.” Legal scholar James Shoulder declared in the 3rd edition of his The American and English Encyclopedia of Law that “a husband who wantonly abuses his wife so as to inflict needless pain and injury upon her, and disregards her health and delicate organization, is guilty of legal cruelty” (quoted on p. 1471 of Hasday).

Interestingly, law professor Jill Hasday also reports that in the last third of the 19th century, a number of husbands sued for divorce on the ground of their wife refusing marital intercourse. A majority of courts that heard these petitions denied them. Thus it seems clear that by the latter part of the 19th century, a wife could divorce her husband for forced sex, but a husband could not divorce his wife for denying sex. A man unlucky enough to marry a woman who refused him intimacy—by no means uncommon—had no socially acceptable options. It’s not clear whether husbands ever complained about wives’ sexual voraciousness, and the assumption that the average husband would force sex on an unwilling wife is insultingly common amidst both feminist and non-feminist commentators.

Though social and legal records provide little more than glimpses into the everyday behavior of 19th century men and women, we can at least conclude, as does Hasday in her study, that concern for women and “criticism of marital rape [were] neither unthinkable nor unspeakable” (1481) in this era.

Feminists did not win their goal of criminalizing rape within marriage—that would have to wait for close to a century. But the image of the insensitive and predatory husband, and the modest and long-suffering wife, were already staples of feminist and non-feminist discussion.